Today, the artworks produced by Franz West can be found in the most renowned international museums, collections, galleries, and public spaces. All of these works still possess something of the intimate intellectual space and instinctiveness from which they arose. They virtually ambush their viewers, assertively demanding undivided attention. Franz West, in his openness to simultaneity, ambivalence and fractures, created elemental scenarios somewhere between life and art, between the street and the museum.

West had an original way of admitting spontaneous communicative phenomena and constellations into his personal and artistic worlds. And both life scenarios and human encounters flowed into the intuitive and witty choreographies according to which he proceeded in his artistic work. His art opens up insights into the depth of the surface and the duration of the instant, the significance of which he keenly understood. His works always found their consummation in the encounter. West’s Adaptives and seating furniture were openly conceived, awaiting completion via their reception, application and employment by new counterparts, free from any unconditional insistence on original intentions. The artist thus captured what is quite probably a phenomenon of central significance within contemporary art—and in this respect, he was a pioneer of its subsequent development far beyond the local art scene.

West allays the hesitance, that fear of saying or thinking the wrong thing, that art so often evokes in its audience. Few artworks manage to approach the human being as closely as do his, turning reception into participation and sites inhabited by art into lively places.
This aspect should not and cannot be diminished following his departure from this world; his sculptures must not be permitted to represent mere relics of a lively process.
Therefore, in addition to documenting the output of Franz West in the most complete manner possible, this archive’s purpose is also to make possible an appropriate way of approaching the artist himself. 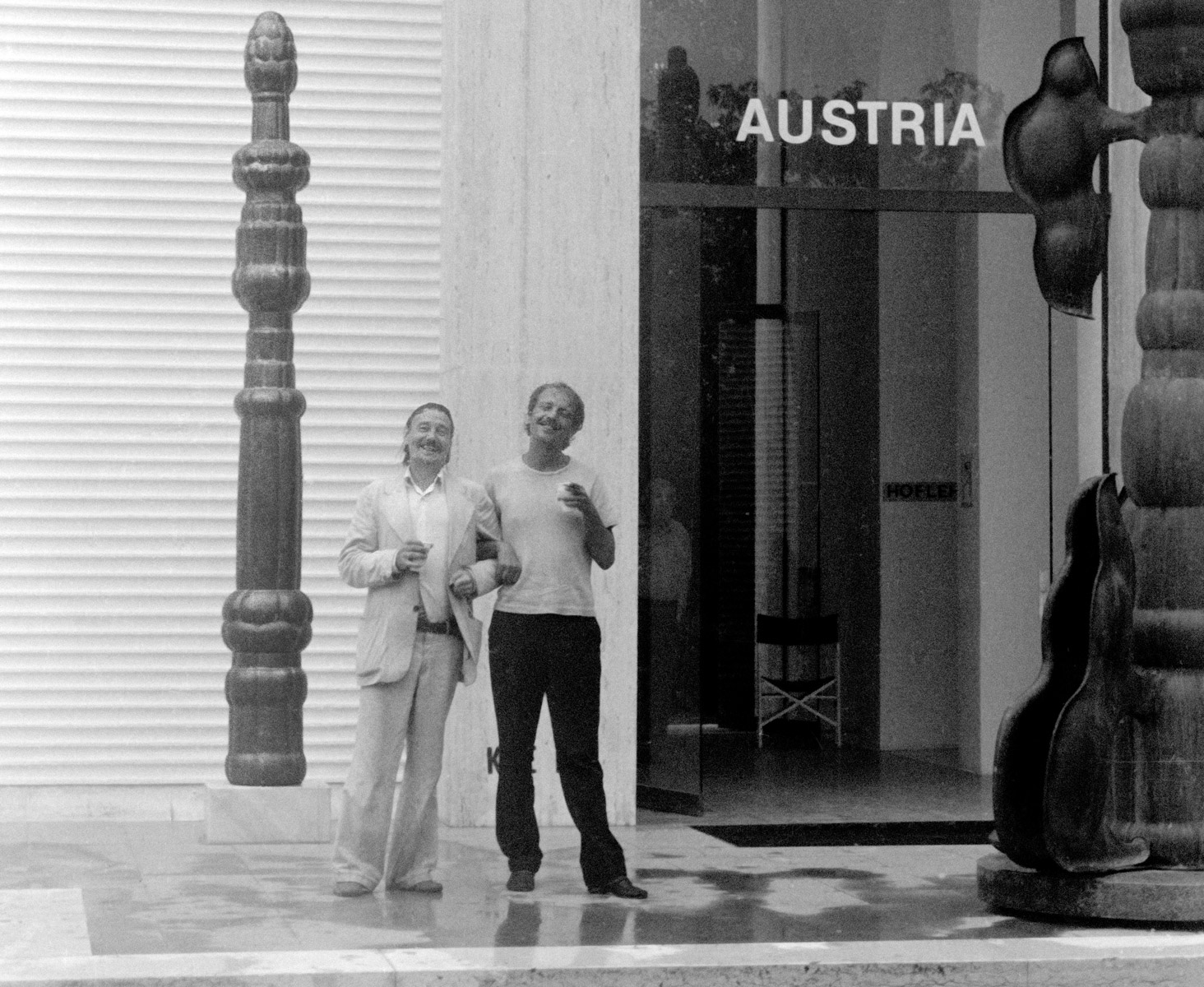 Franz West and his half-brother Otto Kobalek in front of the Austrian Pavilion at the Venice Biennale 1976 (Photo: Freddie Jellinek)

After his international breakthrough in the 1980ties Franz West had numerous solo-exhibitions and exhibition-participations worldwide, amongst them comprehensive retrospectives with several venues:

1990 represented Austria at the Venice Biennale.